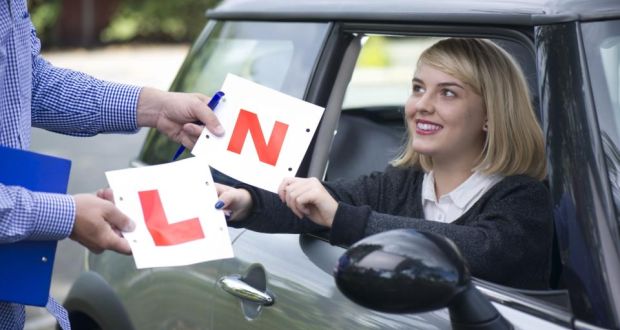 NEWLY qualified drivers will have to display ‘N’ for ‘novice’ plates for two years under new rules coming into force next month.

Novice drivers and those on learner permits can expect to be hit with a €60 fine if they are caught driving unaccompanied or not displaying ‘N’ or ‘L’ plates from August 1, the Department of Transport has confirmed.

And learners and novices will also be disqualified from driving for six months if they receive seven penalty points, instead of the normal 12 that applies to fully qualified motorists.

Penalty points will also increase from two to three for speeding, not wearing a seatbelt and using a mobile phone while driving.

The changes are contained in the Road Traffic (No 2) Act 2013 and are designed to reduce the carnage on our roads.

Road safety bosses are increasingly concerned at the mounting death toll on our roads. Last year, the numbers killed rose for the first time since 2005. So far this year, 94 people have died, up three on the same period in 2013.

The Road Safety Authority (RSA) says motorists are inexperienced until they have driven 100,000km in all weather and traffic conditions.

However, to gain this experience, it takes an average of seven years on the road.

“The new category of novice driver is an important road safety measure, which has been applied successfully in several other jurisdictions, including Northern Ireland,” Mr Varadkar said.

The main changes are:

* People who pass their test on or after August 1 will be required to display an N plate.

* Novice drivers will also have a restricted number of penalty points they can accumulate in a three-year period before being put off the road – a total of seven rather than 12.

* Failure to display an ‘N’ plate or ‘L’ plate will carry two penalty points on payment of a fixed charge of €60, or four on conviction.

* There will be an increase in penalty points from two to three for speeding, failure to wear a seatbelt and use of a mobile phone while driving.

* Learner drivers will also be hit with fines if they are caught driving unaccompanied by a fully qualified driver.

The rule will only apply to motorists who acquire their first full licence after August 1. It will not apply to drivers who recently passed their test, or to individuals holding a full licence for one category of vehicle but seeking a permit for another.

Six people died on the roads last weekend, including four in one horror smash in the midlands.

Figures released by the RSA also show that, based on population, Monaghan has by far the highest fatality rate with 132 deaths per million people – more than three times the national average.

Kerry, Donegal, Sligo and Kildare are also well above average, prompting concerns that reductions in deaths and serious injuries on our roads achieved in recent years are in danger of being lost unless drivers change their behaviour.