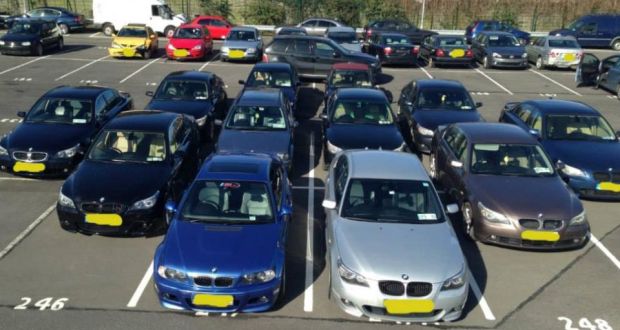 Motorists have been warned if they mislead Revenue and the insurers as to the size of their vehicles, their insurance policies will be void in the event of an accident.

Gardaí have seized 18 luxury BMW cars as part of an investigation into an alleged scam to defraud the Revenue Commissioners by under-declaring the size of a vehicle’s engine.

It is believed the practice at the centre of the Garda inquiry is costing the Exchequer at least €2 million per year.

Motorists have been warned if they mislead Revenue and the insurers as to the size of their vehicles, their insurance policies will be void in the event of an accident.

The Garda investigation was established into suspicions that the cubic capacity of vehicles was being deliberately under declared in order that lower rates of motor tax would be payable on the vehicles.

In many cases vehicles with 3.2 engines were being declared as being 1.9 in capacity. And the saving to the motorist annually has been up to €1,200.

Gardaí said while all of the vehicles seized in the case that has now come to light were BMWs, the fraud is also believed to involve a range of other models including Mercedes, Range Rover and Jaguars.

The scam is not being run by one gang or vehicle supplier. It is more widespread and involves motorists acting of their own volition, as well as car repair and sales garages and others in the motor trade.

A man suspected of involvement in the scam targeted in recent days was arrested during a search operation in Dublin on Tuesday. He has since been before the courts to theft and fraud charges.

The vehicles at the centre of the investigation were seized in three tranches in Dublin, with 11 confiscated last Saturday, four on Sunday and three on Tuesday.

The raids were carried out by members of the Garda’s Dublin Metropolitan Region Traffic Division based at Dublin Castle in the south inner city.

The Garda said as well as the suspected motor tax fraud under investigation, the 18 vehicles seized would also being examined to determine if they were being run on illegal diesel.